Contemporary Artists Worthy Of Your Attention

Artists struggle to create a name for themselves as the art scene can be a corrupted community filled with pseudointellectuals who only care about making money. There are “art” – if you can call them that – like a banana duct-taped to the wall and “invisible statues” selling for thousands of dollars.

They are nothing short of pretentious, with zero inspiration and effort to push art’s boundaries in a stimulating way. That is not to say they are undertalented, but for the art scene to gush over and have space for this so-called art is offensive to artists who are actually working hard.

Besides that, being a living artist and succeeding as one can be a challenging feat to achieve. It’s not a very common combination. You could be pouring your heart and fill each canvas and a wooden American flag with a passion for sending important messages to the public and visually capturing the state of the world, and you will still be an afterthought.

But there are exceptions to these, as there are also many contemporary artists who were able to create original and never-before-seen art, both culturally and socially significant, and succeed. And it would be worth your time to know and support them.

Contemporary Artists Worth Knowing About

While the art scene and community can sometimes be homogenous, with artists borrowing and referencing styles from other artists, some contemporary artists are not afraid to create art in their style. They challenge the rules and create an entirely new artistic freedom, which is why they are not just names that should just be known in the art scene but the entire world. Here are some of them:

Being one of the most prolific and popular contemporary Japanese artists, Yayoi Kusama needs little to no introduction. Her name speaks for herself. If you’ve been following art, you already have a mental image of how she and her art looks as both are eccentric, in a fascinating way. She has taken the art world to a new dimension with her out-of-this-world signature patterns of dots – a result of her mental condition giving her hallucinations, which she has suffered from since her early childhood.

Yayoi Kusama is a living legend and proof that you can turn tragedy into art. And for all the recognition and following she has received and is continuously receiving, she is deserving of all of them. 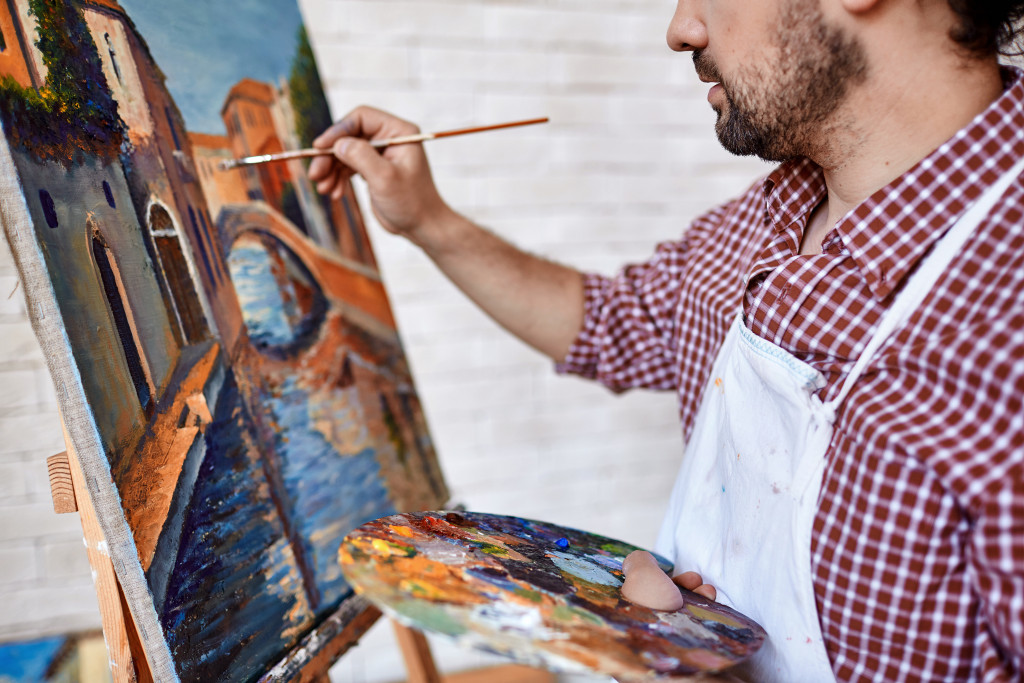 When Jenny Saville first came into the art scene in the 1990s, she was a member of the Young British Artists, a group of sculptors and painters who gained notoriety in the late 1980s. Her visual treatment adds layers of stories that make her paintings appear nearly lifelike despite being far from realistic. One of her most significant achievements is when she became one of the world’s most expensive female artists upon selling her painting titled “Propelled” for $12.4 million at an auction held in Sotheby’s.

Known for his colorful and conceptual figurative art that challenges the norms of visual art, Michael Reeder is one of the artists you should definitely watch out for before he rises to unprecedented fame in the art scene. He was born in Dallas, Texas, in 1982, where street and skate culture were common, which largely influenced his murals, graffiti-style paintings, and sculptures. Besides being original, you could also say that Reeder’s art is also eye-popping.

One of the youngest contemporary artists, Loribelle Spirovski, is slowly making a name for herself and finding a niche in the art scene with her paintings that combine surrealism and photorealism. She was born in the Philippines and is currently living in Australia with her Australian classical pianist Simon Tedeschi who is the subject she often paints about in the style that she is slowly giving her a niche in the art scene.

Before becoming a painter, Joseph Lee originally traveled to Los Angeles to pursue his dreams in acting. Between his auditions and acting gigs, he decided to paint his free time away and found his true calling as a visual artist. While this story could end with “the rest, as they say, is history,” it hasn’t ended yet as Lee’s artistic career is only starting to take off with his vast and colorful paintings.

There Are More Who You Need To Know

This list doesn’t do the entire community or hardworking artists putting out real art any justice. You should know more, but these names should be an excellent introduction to get you to visit galleries and support their work.